OurCrowd is one of the most active venture firms globally, sourcing funds through its platform from investors around the world. Snowball Effect has partnered with OurCrowd to give kiwi investors a simple way to get access and exposure to these global opportunities through the OC50 Series V Fund.

Notify me of future raises 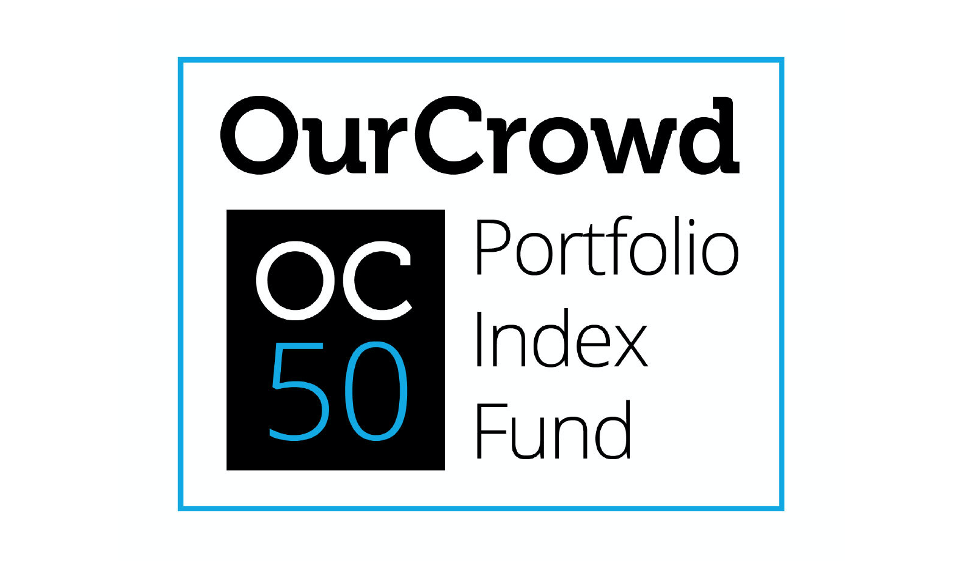 OurCrowd is the world’s leading technology and venture investment platform with almost USD1.5 billion in committed funds from over 69,000 members.

OurCrowd invests its own capital in all companies and funds available on its platform, and invites members to invest alongside venture and institutional investors at the same terms. OurCrowd has a highly selective deal flow and conducts in-depth due diligence, investing across various industries including artificial intelligence, healthcare, agritech, cyber security, food tech, autonomous driving and drones. The company believes that broad diversification is an essential component of venture investment and has developed a vehicle to provide this to investors - an index fund.

Snowball Effect has partnered with OurCrowd to give kiwi investors a simple way to get access and exposure to these global opportunities, and is now offering wholesale investors the opportunity to invest in OurCrowd 50 Series V.

OurCrowd is launching its fifth series of its index fund, OurCrowd 50 (OC50) Series V, which allows investors to invest in a diversified vehicle of venture-backed businesses. OC50 will make 50 equally-weighted investments across OurCrowd platform transactions that meet the fund’s criteria, across a range of markets, sectors and stages. The fund has a funding target of USD20m.

OurCrowd launched their first index fund OC50 Series I in 2017, and has had 6 exits including investments in Beyond Meat, JUMP (acquired by Uber), and Lemonade.

This fund provides access to venture opportunities to wholesale investors - opportunities that are otherwise only available to large family offices and institutional investors, and ultra-high net worth individuals.

NB: Full information on fees can be found in the 'Terms' section of the offer.

Investing in OC50 Series V provides a simple way for wholesale investors to get exposure to global VC opportunities. All investments will be held within Snowball Nominees, and will be available to view on Orchestra. Because the fund is a Limited Partnership, only wholesale investors are able to invest.

OurCrowd’s previous funds have invested in companies that have been acquired by global multinationals such as Intel, Oracle, Samsung, Nike and Uber. Many companies have also listed on global exchanges such as NASDAQ. 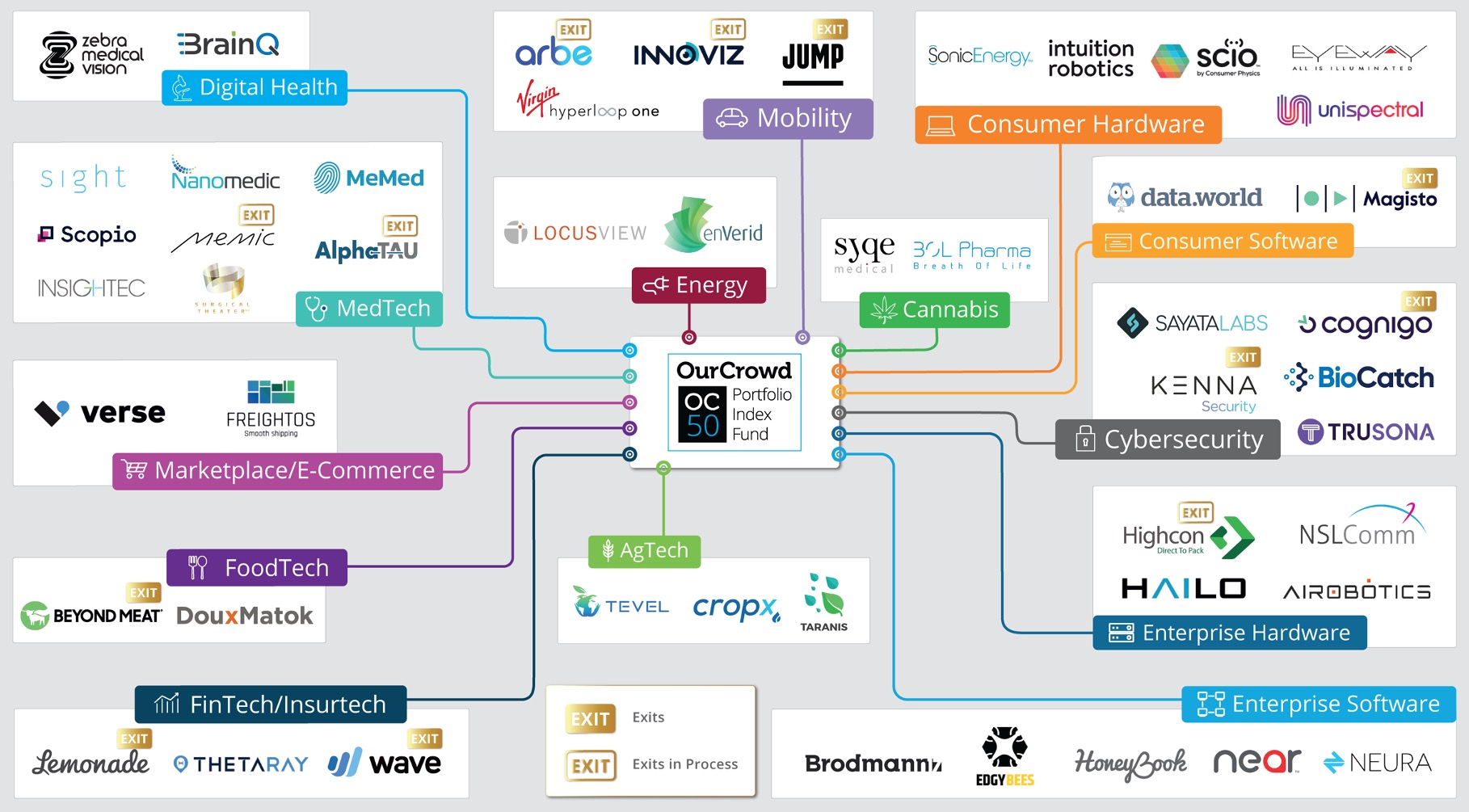 The above exits represent the entirety of OC50 Series I realisations as of Q2 2021. Past performance is no guarantee of future results.

Series I Exits in Process

OC50 Series I has already returned nearly 20% of investor capital during 2020. As of the end of Q2 2021, Series I has had seven exits which generated 2.67x return on invested capital for these investments. 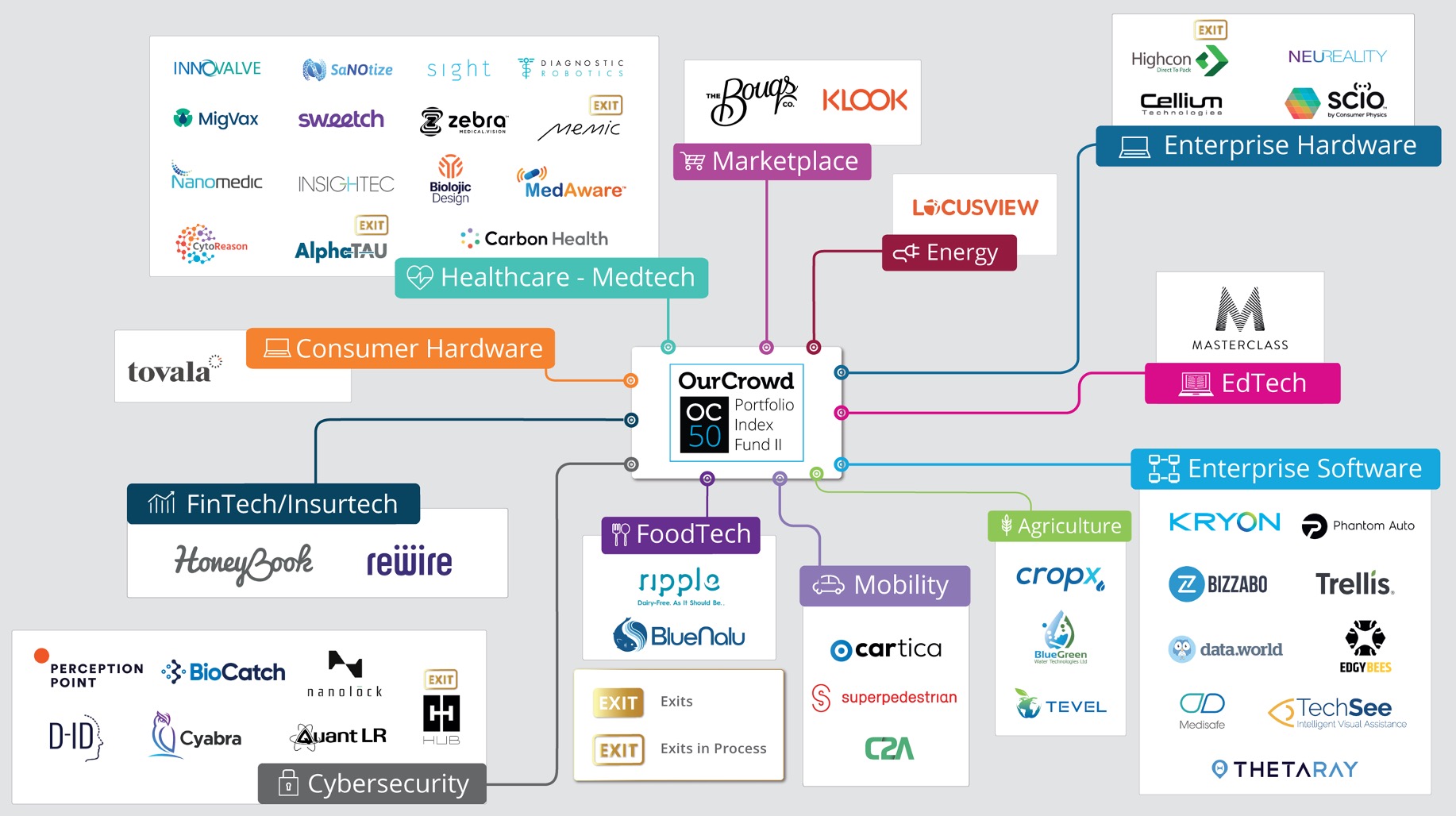 The above investments represent the entirety of OC50 Series II investments as of Q2 2021. 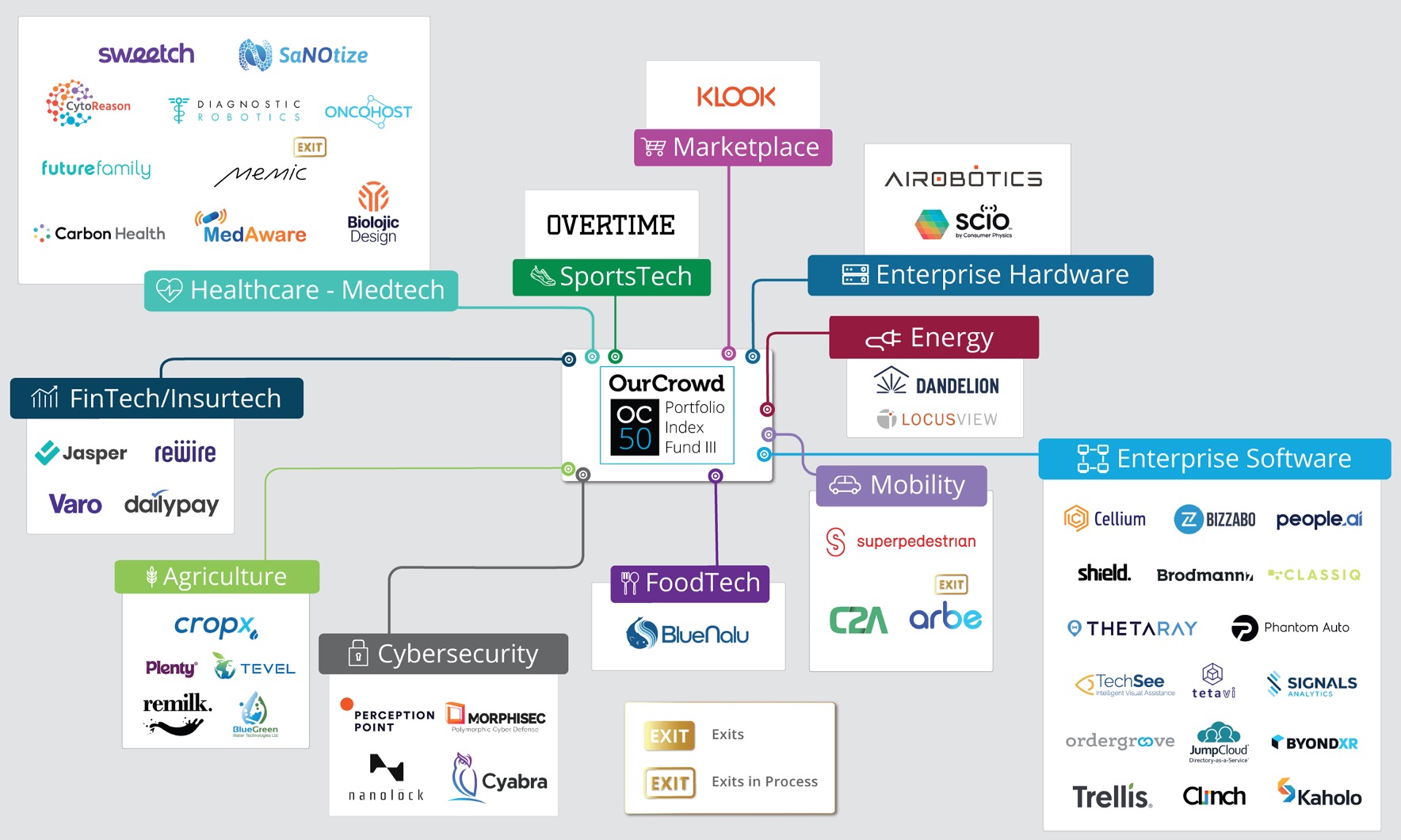 The above investments represent the entirety of OC50 Series III investments as of Q2 2021.

OurCrowd strongly believes in diversification of portfolios by industry as well as stage. OC50 Series Funds have historically invested in a range of stages, from seed investment through to Series K, and through convertible loan agreements (CLA) and simple agreements for future equity (SAFE).

Please be aware that investments in early stage companies or in venture capital funds contains a high level of risk and you should consider this prior to making any investment decisions. Past performance is not indicative of future results.

Founded in 2013, OurCrowd is led by serial entrepreneur Jon Medved and run by a team comprised of entrepreneurs, venture capitalists, investors, and geeks with decades of combined experience building businesses, raising capital, and investing in Israeli and global startups.. Jon Medved has been part of the founding teams at several successful Israeli startups, and as a venture and angel investor over the past two decades he invested in almost 250 startup companies, helping to bring 25 of them to values in excess of US$100M.

After due diligence is conducted, the 7-member investment committee (listed below) must have a majority in favour of a deal for it to launch. This process is consistent across new investments and follow-ons. 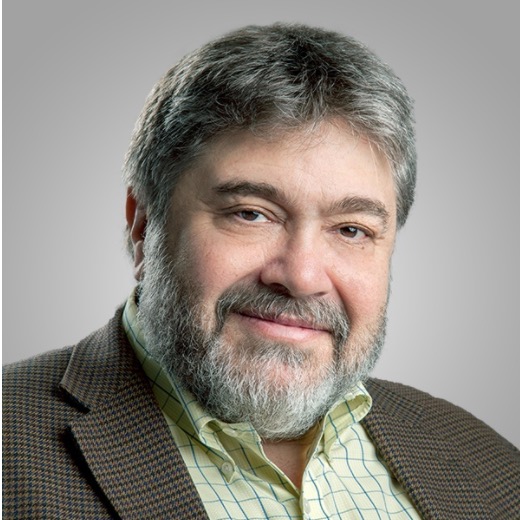 Jonathan Medved is a serial entrepreneur and according to the Washington Post (2007) “one of Israel’s leading high-tech venture capitalists.” In the 2008 NY Times Supplement “Israel at 60" Medved was named one of the top 10 most influential Americans who have impacted Israel. Medved is the founder and CEO of OurCrowd, the world’s largest equity crowdfunding platform for accredited investors which has raised more than $1B for over 170 companies since its launch in February 2013. Bloomberg Businessweek said that OurCrowd “has blown up the exclusivity around tech fundraising” and The Jerusalem Post added that “It has taken OurCrowd only a matter of months to become one of Israel’s most active funds.” TheStreet.com said that OurCrowd is “Crowdfunding for Real Investors.” Prior to OurCrowd, Medved was the co-founder and CEO of Vringo (Nasdaq:VRNG) and the co-founder and General Partner of Israel Seed Partners, with $262M under management. 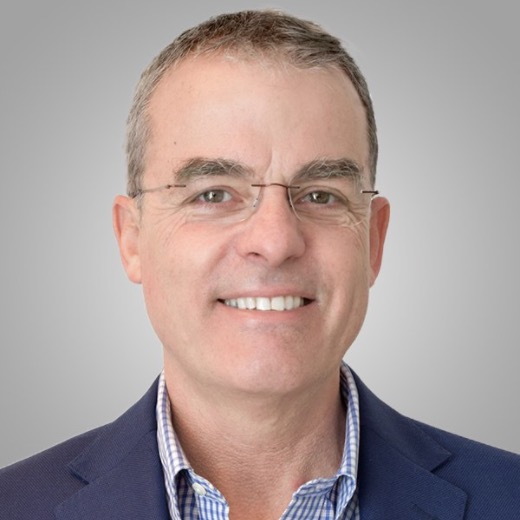 Prior to joining OurCrowd in 2017 as President and Chief Institutional Officer, Andy spent over 21 years in the finance industry, working with world leading hi-tech and growth companies from all over the globe. His experience includes 7 years at Robertson Stephens where he was CEO and head of their Israel practice and head of two European industry groups. Four years as regional head for CIBCWM's investment banking operation and five years in China as Head of Asia for William Blair, followed by two years in London as Managing Director of EMEA Tech. Throughout his career Andy has excelled in establishing and expanding operations in new and existing markets, developing them to become significant players and industry leaders. 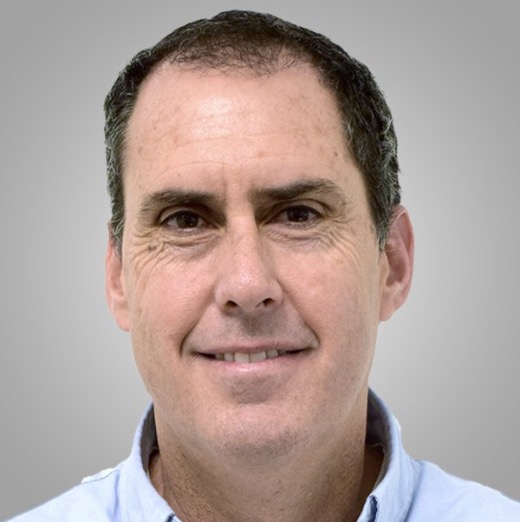 Alan serves as Partner and Executive Vice President of Investor Relations. Prior to joining OurCrowd, Alan spent 18 years in executive management positions at start-up companies in Israel and California. Alan is passionate about starting and building technology companies and throughout his career has excelled in building world-wide sales operations and distribution channels covering The Americas, EMEA and APAC. Alan's previous leadership roles include EVP Global Sales at GigaSpaces, SVP Business Development at StoreDot, CEO at Keebali Media, and CEO of NewChannel - sold to LivePerson (NASDAQ:LPSN). Alan earned his B.Sc in Information Systems Engineering from The Technion and graduated from Stanford/AEA Executive Institute. 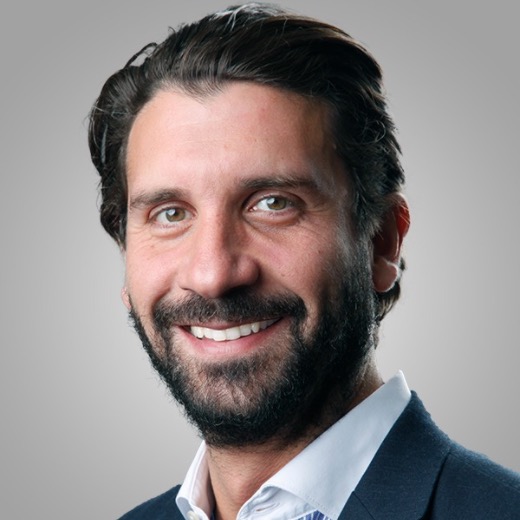 Dan has over 20 years of global experience in private banking, investment and law. Dan is Managing Partner of OurCrowd based out of Sydney and focussing on APAC. Dan is a board member of Global Kinetics Corporation, Safewill as well as Weizmann Institute Australia. Dan is the former Head of Business Affairs at Future Capital Partners in London which has made venture investments of over $10 billion. Prior to this, Dan was the head of the Australian legal team for Australia's largest renewable energy business, Infigen Energy (formerly a Babcock & Brown Wind Partners), a listed vehicle on the Australian Stock Exchange. Dan also worked with Minter Ellison lawyers in their Finance Group. Dan holds a Bachelor of Law and Bachelor of Commerce from the University of New South Wales. 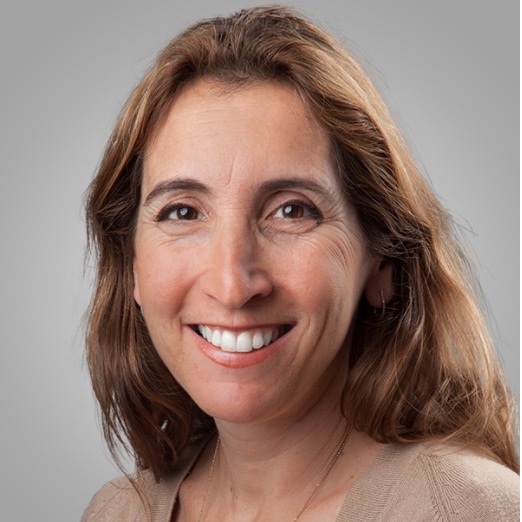 Laly leads business development and strategic relationships for OurCrowd and its portfolio companies. Before joining OurCrowd, Laly held senior positions in business development and strategy across multiple industries in private and public companies. She also experienced the rollercoaster of being the CEO of a startup making eco-friendly cardboard products. Laly began her career as a lawyer and enjoyed six years in the upper west side of New York working at a leading firm on mergers & acquisitions and securities offerings. Laly served as a non-commissioned Education Officer in the IDF Officers School. She holds both a law degree (1997) and a Philosophy degree (1997, magna cum laudae) from Tel-Aviv University and an MBA from the Nash Honors Program at Baruch College (2000). Laly is a long distance runner and enjoys hiking with her family. 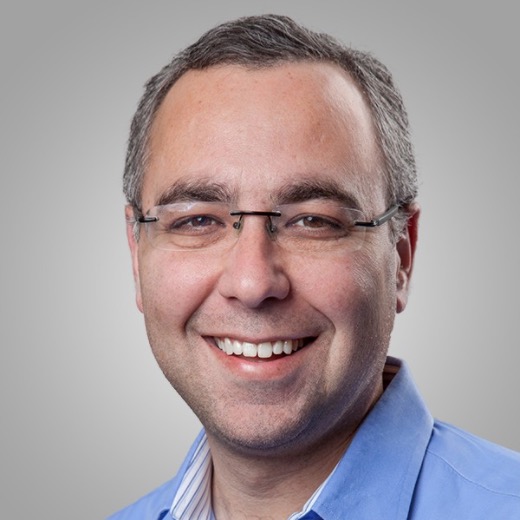 Josh Wolff joins OurCrowd with over 20 years of executive management experience focused on operations, technology, and infrastructure. Josh earned his BSc in Industrial Engineering from Columbia University in 1994 where he was recognised by the Alpha Pi Mu National Honors Society. Josh's prior leadership roles include two acquired startups, multiple public companies, and private firms. Josh served as Senior Vice President at NY-based Vringo Mobile (NASDAQ: VRNG) from 2007 to 2013 when it was acquired by Infomedia Group in the UK, where he led as SVP and Chief Commercial Offcier until joining OurCrowd in 2016. Previously Josh served as Director of Technology at Mobilee in Boston, MA, when it was acquired by NMS Communications in 2001, where he spearheaded the integration of new wireless infrastructure products. Born and raised in Boston, Josh has also devoted time in the non-profit world, contributing business management expertise to advance significant educational, social, and charitable causes. 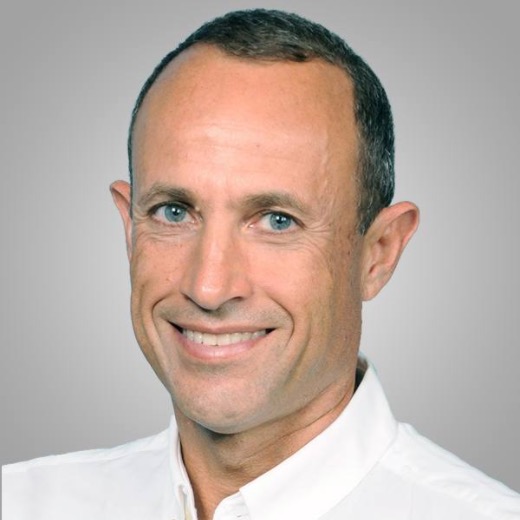 Eli has been a partner and investment committee member at Amiti Venture Capital and a Board member on Amiti’s behalf in Sckipio and Corephotonics. Amiti VC is an early stage Israel-based fund focusing on deep intellectual property multi-disciplinary technologies and teams. Prior to Amiti, Eli had been VP for Research and Development and a member of the management in AudioCodes (NASDAQ: AUDC), managing multinational R&D teams. Previously, Eli served as a senior officer in one of the Israeli Defense Force (IDF) elite intelligence technological units, heading both operational units and large development groups. 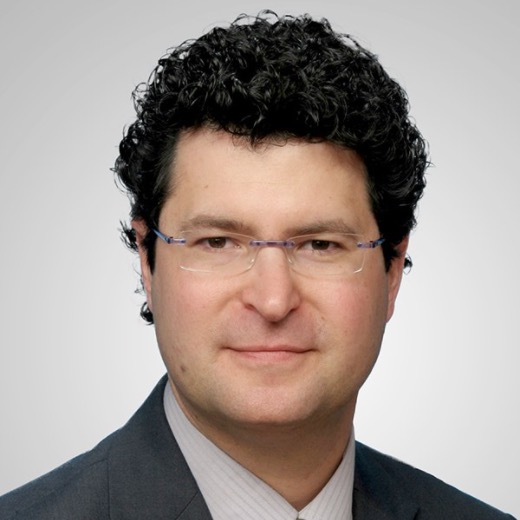 Ron has over twelve years' experience working in Growth Equity and Venture Capital investing, predominantly with Israeli related companies. Ron was a seven year partner with Shamrock (Disney) where he built the Israeli investing team and facilitated four IPO's of Shamrock's portfolio companies. Ron later served as a scout for Kleiner Perkins and was a senior international advisor to the Pritzker Group. Ron's operational experience includes serving as CFO of Adgorithms, an Israel based AI marketing company, which Ron helped take public on the London Stock Exchange, raising over $40 million to the company and its shareholders.

It's crucial for you to understand the characteristics and risks of this investment opportunity. New Zealand law normally requires people who offer financial products to provide in-depth information to investors before they invest. The usual rules do not apply to offers by companies through Snowball Effect. As a result, you may not be given all the information you need to make an informed decision. Investing is risky. Some of the key risks include loss of capital, illiquidity, lack of returns, dilution, loss of key people and customers, and lack of control. You should only invest money that you can afford to lose.

Please confirm that you have read all the offer updates posted up to and including today (Monday, 27 June 2022) before continuing with your investment.